What Gets More Likes: Images or Videos? (Instagram Case Study)

You are about to enter… the unintentional case study zone.

It all started with a dog.

With a big personality.

Who frequently strikes dramatic poses like the one below.

Now, we all think know our dog is cute. But I thought this photo was CUTE.

Then the likes came in. Only 200 something of them. Huh?

Did I completely lose touch with public perception?

Maybe, but there wasn’t much time to think about it, because puppies are always doing puppy things. There were romps in the snow, the perpetual head tilt, and the ultimate “what?!?” face.  Plenty of posts got more likes than the “fainting goat” picture above. Apparently, the people had spoken.

Then a funny thing happened.

A few days of lean content passed. (Winter without snow was getting rather bleak.) I started searching my Pixel 3 for something to contribute to the dogweb.

Then it happened… bam.

I realized my phone had recorded a short video clip around the picture above. And it was… really good… like, “the world has to enjoy this” good. Or so I thought. Why not test and see?

What followed was a front row seat to another side of Instagram. The one where likes accumulate at almost 1,000 per hour. Where your like notifications include minor Instagram celebrities and even TV celebrities.

TBH, my wife and I were transfixed. And this isn’t my first rodeo. But the difference between this and a web site that does 100,000 visitors in a day is that this has more context. Names, faces, and comments between people around the world. Sometimes in different languages, but including familiar emojis.

All told, the video version got over 20,000 likes and exceptional engagement.

Obviously, the video was more compelling. There’s a lot going on with the paws and the tongue… IMO, the whole thing is kind of hypnotic. I initially thought the photo was compelling, too, but that might have been because of imprinting by seeing the video happen live.

Also, this is not a perfectly controlled test, because the picture used beagle-related hashtags, and the video used much bigger dog-related hashtags. Although that might not matter, because without sufficient virality, those larger hashtags could have struck out.

So what have we learned? That a good video can sometimes beat a good picture?

Especially when it comes to difficult photography subjects, like dogs. 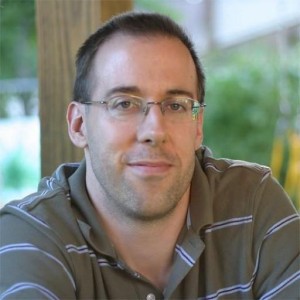 Sean is the publisher of marketingterms.com. He also provides high-impact digital marketing consulting as the owner of Cleanup Interactive.